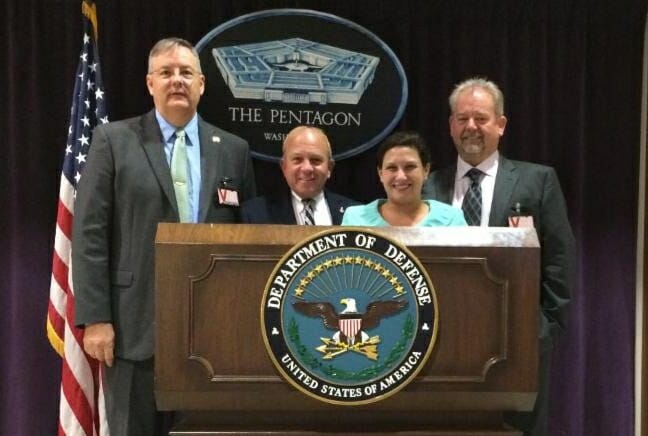 The National Summit is recognized as the key event for defense communities, top installation leadership, congressional policymakers and industry partners.

MEC collected the latest information on pressing defense policy and budget issues facing military installations and the communities that host them, including:

• Building resilient communities and supporting our Marines and sailors;

• Understanding the military’s $1.498 billion impact on our community.

King, an 11-year resident of the Lowcountry, has nearly 15 years of marketing communications experience and will work to ensure the chamber’s message is received by both members and consumers.

“We are excited to welcome Kimberly King to our team,” said Blakely Williams, president and CEO of the Beaufort Regional Chamber of Commerce. “Kimberly brings an abundance of enthusiasm for our efforts and we feel her cross-platform of experience will be beneficial to our organization.”

The chamber received the Grand Award for its Island Compass mobile app.

This is the second year in a row that the chamber won a Grand Award. Last year, it earned one for its “I AM The Chamber” campaign.

The Awards for Communication Excellence program is an annual competition that recognizes unique communications and marketing work produced by chambers of commerce in the United States and beyond.