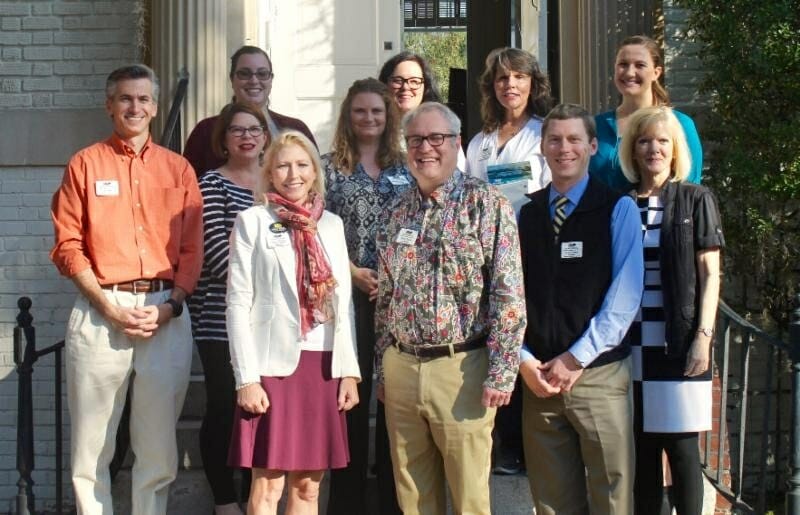 They provide an essential service to the chamber membership and team by serving as the chamber’s primary liaisons to new members.

Considered the goodwill arm of the chamber, ambassadors actively promote membership in the chamber, facilitate networking among members and encourage meaningful participation and involvement in chamber programs in order to enhance the membership benefits received by each member, strengthen member commitment and increase long-term member relationships.

River Oaks Assisted Living, along with the Beaufort Regional Chamber of Commerce, celebrated the newly renovated community on Feb. 21 at 1251 Lady’s Island Drive in Port Royal.

The public is invited to the First Friday Networking of the Beaufort County Black Chamber of Commerce from 6-8 p.m. Friday, March 3, at Best Western Sea Island Inn Dolphin Room at 1015 Bay St. in Beaufort.

Karatbars International and local partner Elliott Hagan will sponsor the event. Karatbars is headquartered in Stuttgart and specializes in the sale of small gold bars and gift items in golf bullion.

Catering will be provided by Aunt Pearlie Sue and Singleton’s Catering. RSVP to the chamber office 843-986-1102.

First Friday to be held March 3

The Beaufort Regional Chamber of Commerce will present First Friday After Five  from 5-6 p.m. Friday, March 3, in downtown Beaufort.

“Join our downtown merchants the first Friday of each month. Many merchants stay open until 8 p.m.,” according to a release.

There also will be refreshments and live street music.