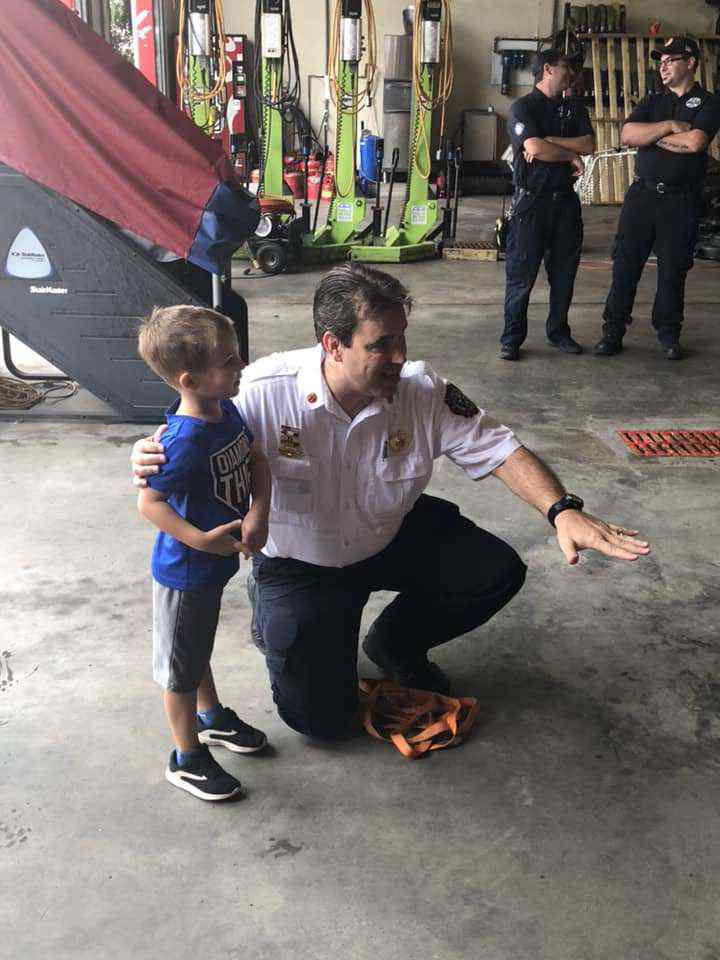 The Burton Fire District spent Fire Prevention Week, October 7-15, in area classrooms and daycares educating young children, those most vulnerable to fire injuries and deaths, on how to survive. Officials say it’s now up to their parents to ensure their safety.

The Burton Fire District, which protects a large rural portion of Beaufort County, has seen more than its share of fire deaths over the last few years. Most recently in 2017, Burton firefighters responded to a Seabrook house fire that killed one adult and two children. The home in this fire, as in all the fatal fires Burton fire crews have responded to, did not have a working smoke alarm.

This week the Burton Fire District visited several schools and daycares, as well as hosting them, to talk to children about smoke alarms and what to do when it beeps, sleeping with their bedroom doors closed, and that windows are exits, too. Children were also introduced to the “Friendly Firefighter,” where they watched and interacted as a firefighter slowly put on their gear, and then played the “Where are you?” game, in which the firefighter crawls low — under the smoke — yelling, “Where are you?” If the children yelled back, “Here I am,” the firefighter would tap their feet to let them know they were “found” and safe.

Burton fire officials stress that these programs are merely introductory programs, and that the real education takes place at home with the parents.

“Home is where fires, injuries and deaths are occurring,” Burton Fire Capt. Daniel Byrne said. “We make schools hold fire drills every month, yet children are more at risk at home, and parents should hold themselves just as accountable as they do the schools. “All it takes is for a parent to burn dinner and ignore the smoke alarm to erase everything we have taught them this week,” Byrne added.

Burton’s Fire Prevention Week was cut short due to Hurricane Michael, but those schools that were missed will be followed up with in the coming weeks.