The Beaufort Memorial Hospital Foundation recently announced that the 2017 Valentine Ball, scheduled for Saturday, Feb. 11, 2017, will be co-chaired by Chris and Amy Geier along with Drs. Andrea Hucks and Dan Ripley.

Both couples have been actively involved in volunteering for the ball since they were first stationed in the area years ago by the military — Chris Geier as a JAG attorney in Savannah and Dan Ripley as a physician at the Naval Hospital.

As often happens, both couples fell in love with Beaufort and decided to make it their permanent home when their military careers came to a close.

For South Carolina natives Hucks and Ripley, it was a natural choice. The couple had met in medical school at MUSC, and though residencies and Ripley’s tour in Iraq had taken them out of state for several years, they were eager to return the first chance they got.

When Ripley was stationed at Parris Island 16 years ago, Hucks started working as an internist at Beaufort Memorial Hospital, a job she still does today.

“It has been the most wonderful place to practice,” she said. “I don’t know if people really understand how rare or special a community-based hospital is these days.”

In Chris and Amy Geier’s case, both of their fathers were in the Army and they had moved around all their lives. Although the transient nature of military life led to their first meeting, they knew they wanted something different for their family.

The small town feel of Beaufort appealed to them, meaning their two small boys could grow up with friends they had known since preschool.

When Chris Geier returned from his tour in Iraq, he transitioned into civilian practice and, like Hucks, Amy Geier began working for Beaufort Memorial.

As a nursery and labor and delivery nurse, she especially appreciates how much the hospital embraces military as well as civilian families, and she’s justifiably proud of the services the hospital provides.

Hucks’ and Amy Geier’s commitment to the not-for-profit hospital they work for extends far beyond patient care, for they know that it depends heavily on donations raised through the Foundation.

Now in its 28th year, the Valentine Ball — the Foundation’s signature event — has raised nearly $4.8 million for the hospital.

To continue to build upon the phenomenal level of philanthropic support that has underwritten fully half of all capital and equipment for the hospital’s Keyserling Cancer Center, proceeds of the 2017 Valentine Ball will support cancer services.

“In some form or fashion, whether it’s ourselves or a friend or family member, cancer touches all of us,” Andrea Hucks said. “With community support, and neighbors helping neighbors, we’re able to deliver state of the art cancer care right here in our backyard.” 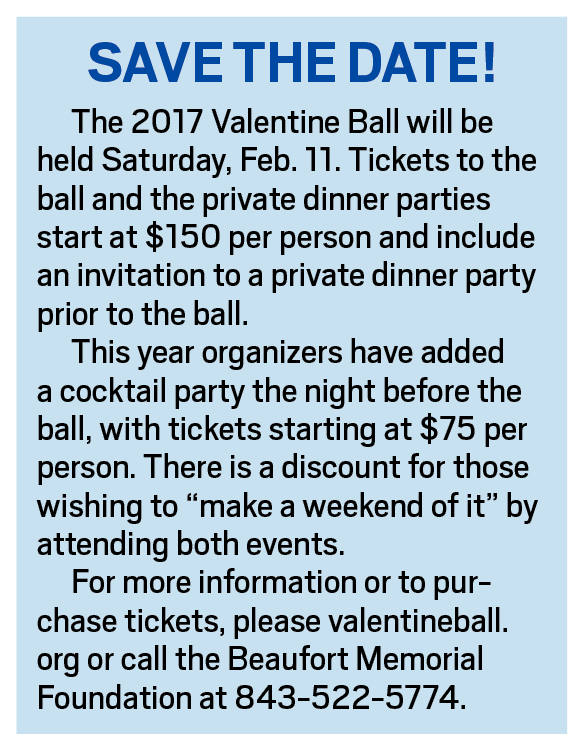 You are what you eat

Beyond its association with dementia, social isolation has also been linked to poor mental health and emotional well-being in older people.

Funky fingertips? What nails say about your health

Clues about your health could be right at your fingertips. Take a look at your nails.

Calcium: The key to strong bones and lifelong bone health

Calcium is a key nutrient for your body to stay strong and healthy. It is an

Noise complaints . . . Taking on tinnitus Do you hear sounds that no one else can