There are dogs in our community that wear special vests. This “service dog” identificatin are lets people know that the dog is working.

Normally, one does not go up to one of these dogs to pet them. Service dogs are trained to help individuals who have an assortment of issues, like blindness or PTSD. They provide a valuable service to many citizens in our community.

I do not have a service dog. However, Brandy, our dog, has a “Service Human”: me.

Brandy was a rescue dog. She had been picked up by Animal Control and spent three months in the hospital before we could adopt her. She was skinny and skittish. The SPCA would not allow her to go to a family with children, because they were not sure how should would behave.

The first time I saw her, I knew she was going to need a “service human,” someone who could love her. I prepared myself for a few months of training (on my part).

She would “leak” if the television was noisy, the voices were too loud or a stranger came into the house. But like any good “service human” I was there to provide companionship and courage for her to venture out.

We discovered that any lawn chemicals sprayed on our neighbor’s lawn would lead to a seizure. We asked them to just warn us beforehand so we could protect her. I also learned early not to smack flies with a folded newspaper, once I realized how it affected her. I would throw away the newspaper, sit on the floor, hold her and say, “I don’t know who hit you in the past, but I will never hit you.”

Most people, who have opened their hearts and homes to dogs do not wear vests that identify them as Service Humans, but they are all around us. They are individuals who have taken on the responsibility of a dog that needs to be cared for and loved.

Some of these dogs have been raised in happy, safe home environments, but they had to be turned into the SPCA. Sometimes it is because their owners could not care for them anymore or maybe because the owner has died. These are very lovable dogs that just need a home. They assimilate very easily.

So, if you have ever considered becoming a “Service Human,” contact the local rescue shelter. There may be a rescue dog out there that really needs you. 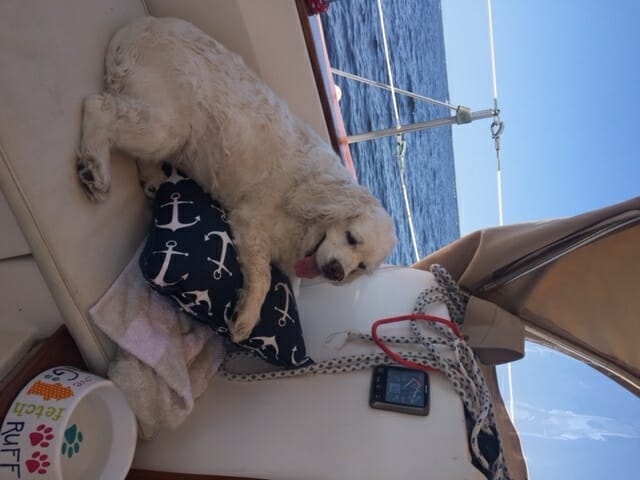 Pair of significant issues on ballot for Nov. 2  BEAUFORT – There’s a
We learned in the Oct. 7 Veterans Benefits article that the best
Viruses are hardy little devils. They have been around for more than
Even if the grass isn’t greener, it will always appear so in
It is Sunday morning, and I’m sitting at a conference-sized table with