Clockwise from top: Even though he used the wrong hand, 4-year-old Dante Ellison gave a heartfelt salute at a 9/11 remembrance event at Henry C. Chambers Waterfront Park on Sept. 11 during the singing of the National Anthem. Photo by Bob Sofaly; Beaufort Academy students placed over 2,500 flags on the grounds of the school in memory of those killed in the Sept. 11 attacks. Photo provided by Beaufort Academy; First Sgt. Chris Cushman, left, of the Beaufort Police Department and Capt. Alfredo Givens, of the Beaufort County Sheriff’s Office, played “Echo Tapps” four separate times, followed by a moment of silence for each attack and lives lost during the 9/11 terrorist attack 15 years ago. Photo by Bob Sofaly.

A few hundred of Beaufort’s faithful braved threatening skies on Sept. 11 to attend the 9/11 observance at Henry C. Chambers Waterfront Park. The day marked the 15th anniversary of the terrorist attacks on the Twin Towers in New York City, the Pentagon and the downing of United Flight 93 in Pennsylvania.

Schools throughout the area also marked the day. At Beaufort Academy, students placed over 2,500 flags on the grounds of the school in memory of those killed in the attacks.

Additionally, every morning the fourth grade raises the school flag, and the entire BA community joined in saying the Pledge of Allegiance and a prayer while they raised the flag during the remembrance ceremony.

“It was a heartwarming moment,” said Lisa Gallagher, director of communications and special events. “It is truly a special moment here at BA, and for the Beaufort community.” 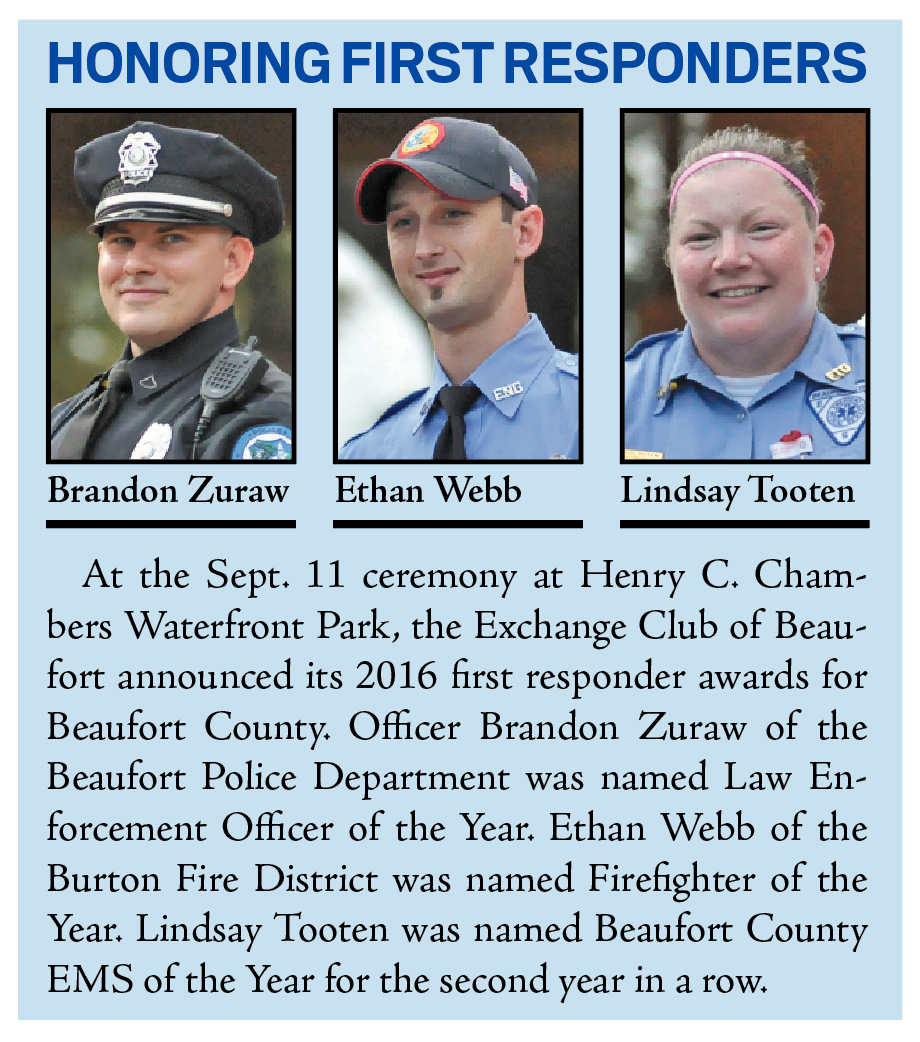 What To Do the week of September 22nd-28th