Scott Dadson, the longest-tenured Beaufort city manager in recent memory at eight-plus years, agreed with City Council that it’s time for a change.

After an executive session last Tuesday night, the City Council agreed to amend Dadson’s contract to allow him to seek new employment at the same time the city seeks a new city manager. The contract change provides the city with time for a transition and possibly to seek a projects manager. 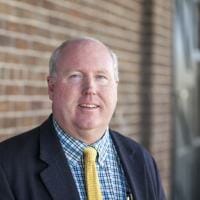 “I am enormously appreciative of the opportunity to serve the City Council and this community,” Dadson said. “Working together, we’ve made some wonderful improvements and set the stage for even greater things as Beaufort moves into its fourth century. The city is in very strong financial strength and that is a huge plus in this economy.”

Under the agreement, Dadson is free to seek other employment while working as Beaufort City Manager, and the City Council will begin its search for a project manager in the near term. A broader search for a permanent city manager likely will follow, Keyserling said.

“Scott has worked tirelessly and with great dedication, but we both agree it’s time for a change,” Keyserling said. “He did wonderful things to carry us through the recession, and that is what put the city in a position to do some very positive things.

“This is an exciting time for Beaufort. We have the major Boundary Street improvement getting ready to start, we are actively seeking economic redevelopment job creation opportunities, we have improvements to the Henry C. Chambers Waterfront Park and the need to generate a long-term maintenance fund for the park, we have much-needed work on our stormwater and drainage, we have the National Historic Landmark District to protect and grow, we have our waterways and open vistas to protect and grow, and, fortunately, we have an active citizenry working with us,” Keyserling said.

“We have a lot of work ahead, but that’s also what makes working for us so appealing,” Keyserling said.

The city likely will move in the next few weeks to hire a project manager to lead Beaufort’s multiple capital projects, including the Boundary Street redevelopment. That person would work alongside Dadson in the short-term and, depending on background and qualifications, could be considered for the permanent city manager job.

“It is amazing to think that when Scott came to us, the economy was still in good shape,” Mayor Pro Tem Donnie Beer said. “Then we had the recession, and he kept us moving forward even then. That, by itself, is an amazing accomplishment. It’s going to take a special person now to address everything we have on our plate. It won’t be an easy job.”

Under the new amendment to Dadson’s employment contract, he agrees to continue as city manager for up to six months at his regular salary and benefits, while he is allowed to seek new employment and while the City Council begins its search for a replacement.

Dadson pointed to the city’s strong financial position, supported by external audits, as one of his main achievements. “We made some very calculated and strategic decisions from 2007 through today that put the city of Beaufort on very firm financial footing despite the recession that really crippled a lot of small towns,” Dadson said.

Those decisions included outsourcing some services, focusing on customer service, consolidating city staff and reinforcing a corps of volunteer boards and commissions.

“A lot of municipalities look at what we’ve been able to do the past 10 years and are amazed, considering how so many of them lost revenue, lost residents and lost community support,” Dadson said. “Even with decreased revenues, we were able in most cases to continue or even improve our level of service, and we should be rightfully proud of that.”

From staff reports The motto of Lions Clubs International is “We Serve.” The members of the

By any measure, the 66th annual Beaufort Water Festival was a solid success.  “The community really