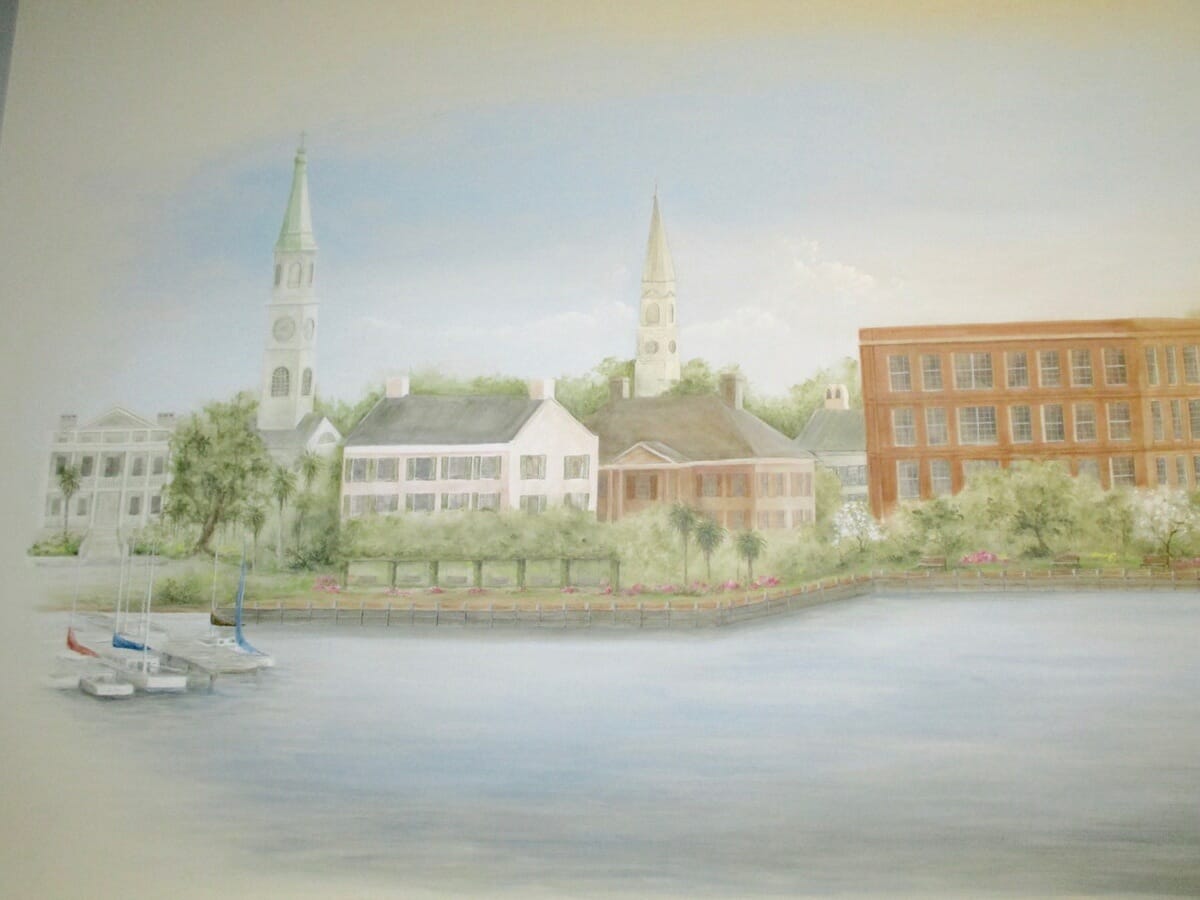 Beaufort artist Aki Kato has been invited by the Pat Conroy Literary Center board of directors to paint a Lowcountry mural on a free-standing screen for display in the temporary home of the Literary Center at 308 Charles St.

The screen will be three, 4-by-8 panels and will feature the Woods Memorial Bridge along with other notable characteristics of the Lowcountry.

Kato is a local artist who creates breathtaking murals that lend a sophisticated ambiance and dramatic presentation different from traditional wall-hanging artwork.

At the September Habitat for Humanity fundraiser, Beaufort Mayor Billy Keyserling bought the feature item in the live auction – a painted chest donated by Kato.

Kato recently completed a commissioned mural over the fireplace mantel of a client’s home that features the Woods Memorial Bridge from the perspective of Lady’s Island and showcasing the Henry C. Chambers Waterfront Park and buildings to the left and antebellum homes and marsh to the right.  In the background are two church steeples seen from a distance.

Using a photograph seen in Traditional Home featuring a scene of Venice, Italy, as the basic concept, the client asked Kato to paint a Beaufort mural.

Over the years, Kato has worked on a variety of projects for many members of the Conroy family.