Photo above: The BA girls volleyball team are the new state champs in the SCISA Class A division. Photos provided.

Beaufort is home to three state champions this fall.

The volleyball team concluded its latest campaign by winning the SCISA Class A state title. Their coach, Donna Patrick, was named Region Coach of the Year.

The Eagles beat Mead Hall 3-1 in the SCISA Class A volleyball championship match in Sumter on Oct. 23.

The Eagles lost only one set, eventually ending the 2017 season with a 24-3 overall record.

Beaufort Academy, however, faced tough competition throughout the postseason.

Courtney Kirberger was 19-for-19 serving, delivering three aces, four kills and 16 assists for the Eagles in the victory.

Alyssa Patrick paced the Eagles with with a team-high 19 digs and also contributed five kills as the Beaufort Academy squad pulled away to win and capture the title.

The title is the first state championship in the history of the Beaufort Academy volleyball program, which boasts numerous talented alumni.

Beaufort Academy went on a 6-0 run in the postseason. The Eagles exited the 2017 campaign with a 24-3 overall record after facing a challenging regular-season schedule.

The Eagles also knocked off defending state champion Wardlaw on Oct. 20, winning 25-19, 25-20 in a back and forth high school volleyball battle.

Fans turned out to support the Beaufort Academy volleyball team throughout the state event, making the trip in support of the Eagles.

Beaufort Academy will look to defend its state championship during the 2018 season as numerous players from the 2017 title team return to the court.

Meanwhile, BA won the girls tennis Class A State Championship and finished the season 12-3 overall and 8-2 in region play.

It’s the first girls tennis state championship in school history and Coach Larry Scheper’s first title on the girls side. 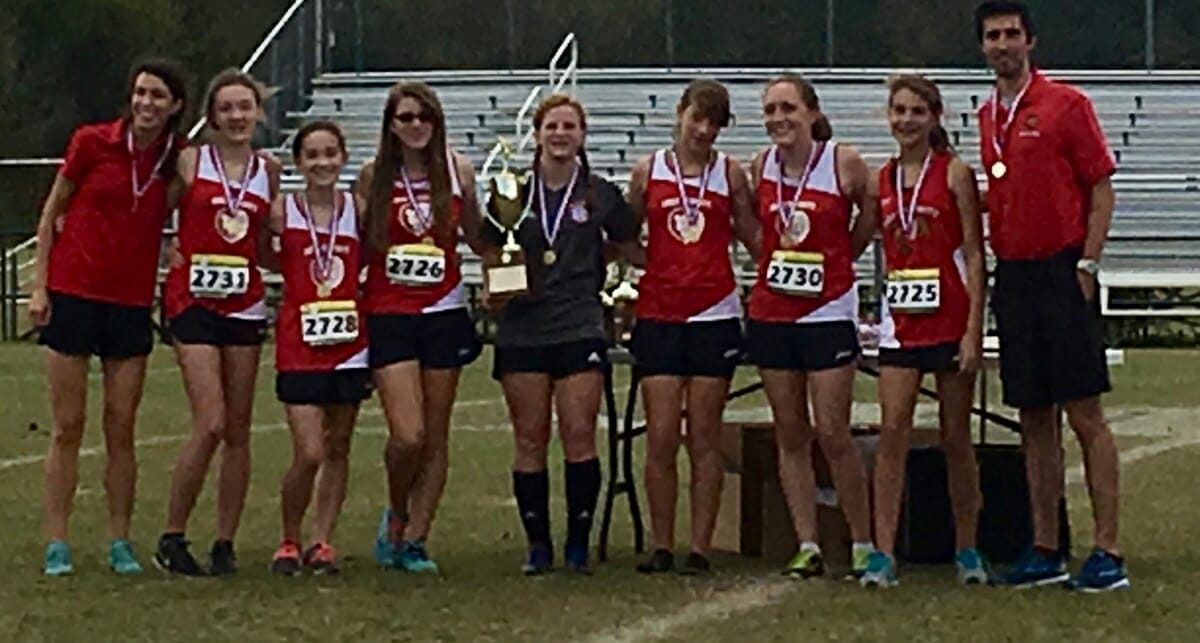 This is the girls’ second consecutive first place win at the SCISA cross country state championship, with Mills Langehans earning first place individually for the second year in a row.

What To Do the week of November 9th-15th

Receiver-turned-unstoppable-running back leads Eagles to home win  By Justin Jarrett  LowcoSports.com  His team was up two

Down and dinged, but …

Dolphins rally to clobber Cougars  By Justin Jarrett  LowcoSports.com  As the final seconds of the first