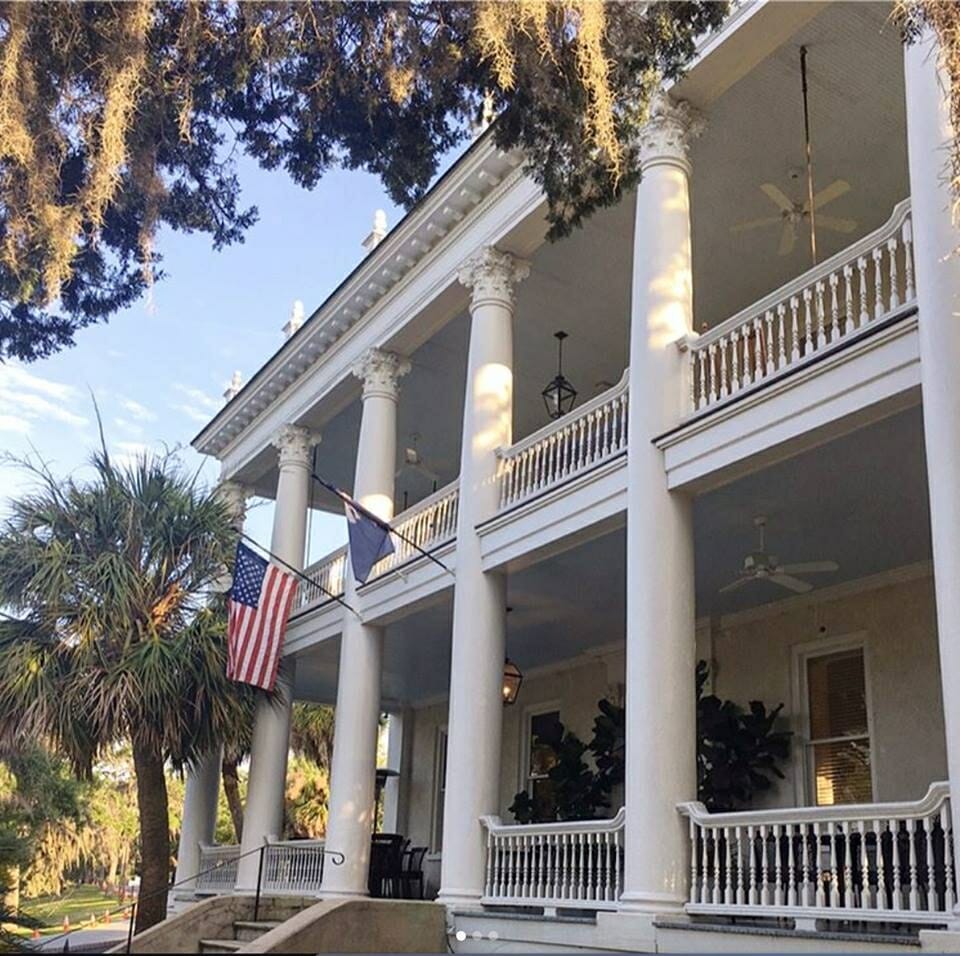 Nicknamed “The Queen of the Bay,” the Anchorage 1770 is the country’s largest intact tabby structure and has changed hands throughout its colorful history in Beaufort.

It was perhaps best known as the William Elliott House, whose namesake owner was a renowned politician and explorer.

Today, the luxury inn opens its doors to guests from around the world who visit Beaufort to enjoy historic tours, aquatic adventures, Lowcountry cuisine and period architecture.

Owner-innkeepers Frank and Amy Lesesne began an ambitious restoration in 2014.

Frank, a former tech entrepreneur and Amy, a former flight attendant and photographer, knew the task was no small undertaking.

In addition to restoring and refinishing a Federalist mansion, the couple conceived a boutique inn to match its past.

In October 2016, the Lesesnes brought aboard Chef Byron Landis and relaunched the Ribaut Social Club, a dinner-and-drink hotspot that once played host to gambling, dancing and raucous parties. The current iteration of the Ribaut Social Club aims to capture the original club’s convivial atmosphere.

“With the same joie de vivre that motivated the couple to buy and painstakingly renovate the home starting in 2014, the Lesesnes hang out and play ultimate hosts, setting you up on excursions like a tasting tour of Beaufort, fly fishing on local waters, or a paddleboard exploration of the historic harbor,” wrote Coastal Living editors.

In addition to the Coastal Living citation, The Anchorage 1770 has earned kudos from travel bibles like Conde Nast Traveler and The New York Times travel section.

In January, the property was featured on The Today Show as a prime mid-winter getaway.

“It has been an exciting year with the launch of the restaurant, the Ribaut Social Club, the invitation to be part of the Southern Living Inn Collection and now this award from Coastal Living Readers,” said Frank Lesesne.