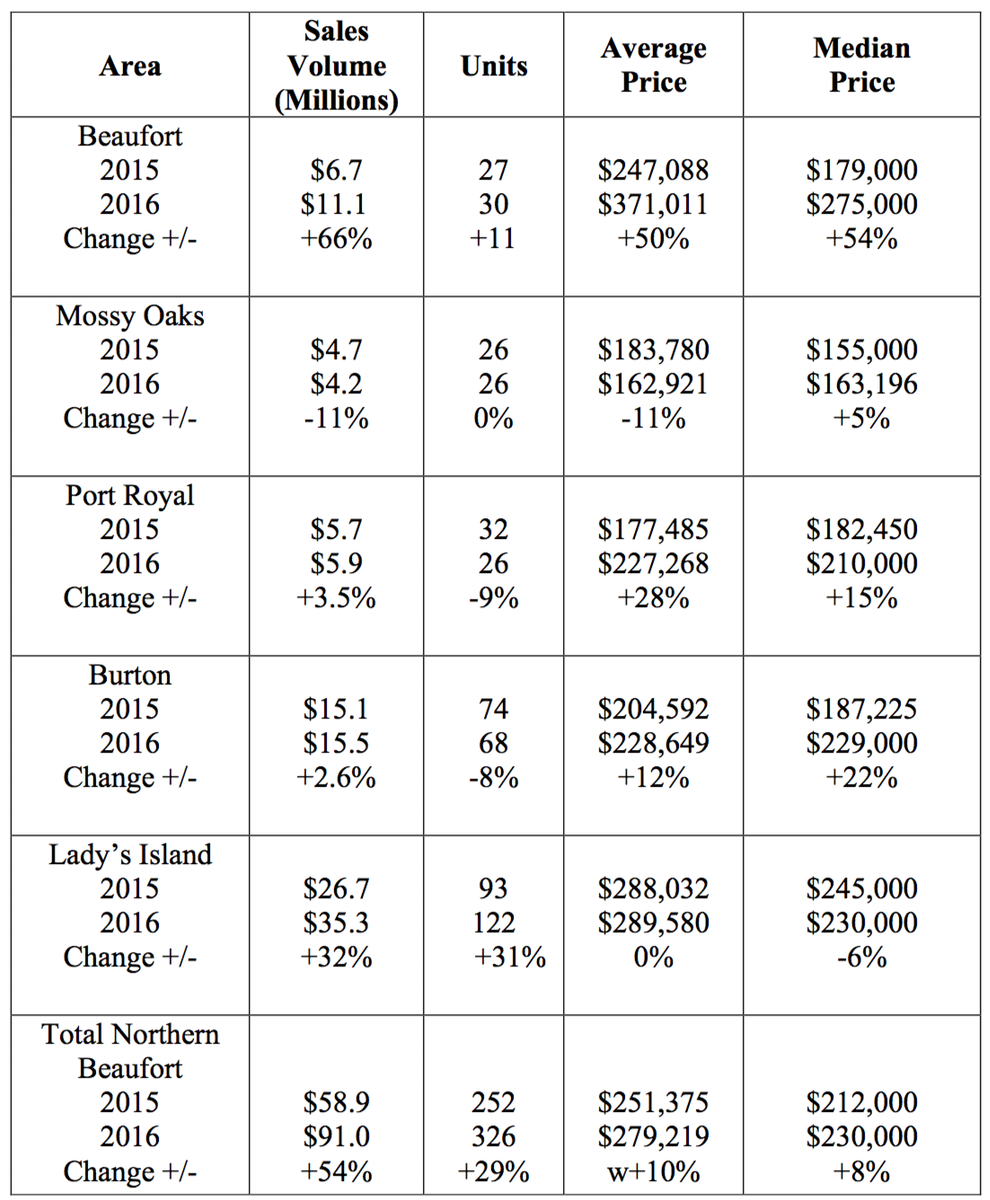 The overall improvement in real estate sales continued through the third quarter of 2016. All five areas we normally cover other than Mossy Oaks saw some improvement in sales volume. Actual unit sales were more of a mixed bag.

The city of Beaufort had an outstanding third quarter compared to the same period in 2015. Sales were up substantially, both in volume and units. Very notable was the increase in average and median prices.

Across-the-board average and median sales prices saw an upward trend, apart from one or two segments.

As we have mentioned in the past, inventory has been declining and sales have been very steady for the last two to three years, so it could only be a matter of time before the pressure on prices finally started to show up. 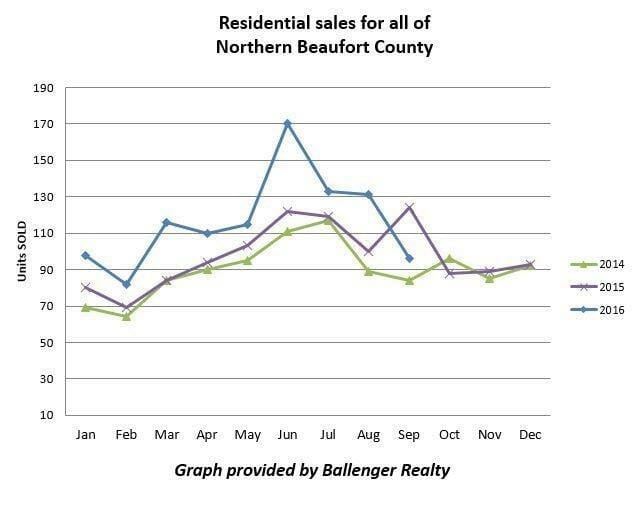 Mossy Oaks saw a slow-ish quarter, and although there were some negative numbers, there was nothing to get depressed about.

Port Royal was down in actual unit sales, but with increases in selling values, the town had quite a positive quarter. I am not sure how much new construction there is a Port Royal at the moment, as compared to the past when that had pushed the area to the forefront of single-family housing.

Almost the same could be said for Burton as for Port Royal. Their real estate makeup is very similar. They have well-established areas, in conjunction with new construction from national builders.

Lady’s Island had a very strong third quarter, with a substantial increase in unit sales – 122 compared to 93 in 2015. This in turn pushed up their sales volume to an impressive $35.3 million.

It is worthy to note that prices were pretty neutral compared to other areas. This could be a reflection on new home building by national companies keeping a lid on price increases by increasing the available inventory.

Total Northern Beaufort County was up across the board. The county saw significant increases in all segments.

Lastly, a couple of interesting observations: September 2016 was down in unit sales compared to September 2015. This is the first time that has happened since October 2015. So having said that, the third quarter of 2016 could have been even better with a stronger September.

The other observation: I am writing this after Hurricane Matthew has blown through, and sometimes when a major event like this happens it can negatively affect our area for a year or two. People thinking of moving to the coast have second thoughts, or put their relocation plans on hold.

On the other hand, the storm covered such a wide area and caused havoc and destruction over so many miles inland that hopefully folks will understand that these types of events are not limited to the coast. Only time will tell.

Everett Ballenger is the owner of B.I.C Ballenger Realty and is the former president of the Beaufort County Association of Realtors.