A Jasper County man who shot and killed another man outside a Hardeeville apartment complex has been sentenced to 45 years in prison.

The jury deliberated for one hour on Feb. 23 following a two-day trial at the Jasper County Courthouse. Chisolm was also convicted of possession of a weapon during the commission of a violent crime.

On June 9, 2015, officers arrived to the Walsh Drive apartments to find Jenkins lying on the ground with multiple gunshot wounds.

“It was a daytime execution. The defendant waited until the victim was outside by himself and shot him in the head,” said Jasper County career criminal prosecutor Assistant Solicitor Mary Jones. “It was a brazen act with no regard to the lives of anyone, including the multiple children who were in a nearby apartment.”

Circuit Court Judge Perry Buckner handed down the consecutive sentences. Chisolm was sentenced to 40 years for murder and five years on the weapons charge. 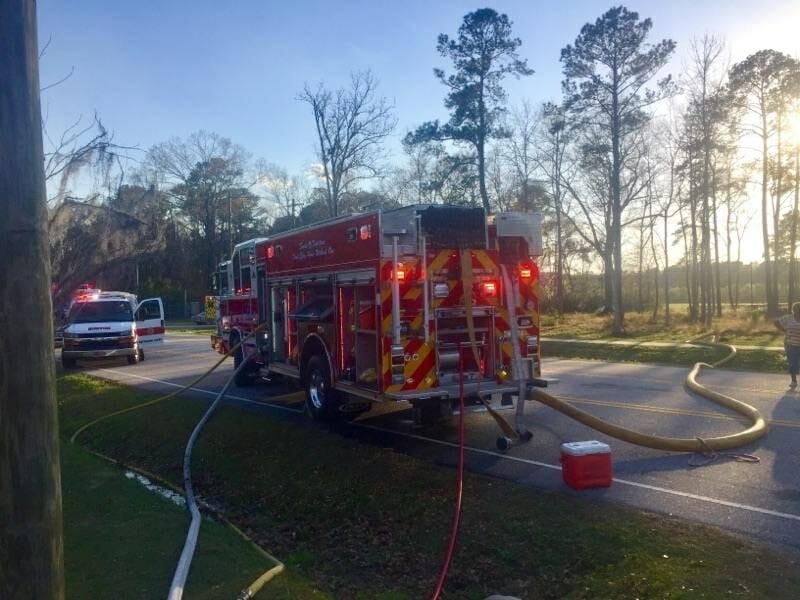 The Burton Fire District was recently dispatched to a yard debris fire that had grown out of control and had spread to a nearby structure on Detour Road.

Fire crews arrived to find a large pile, consisting of pieces from a whole tree, burning out of control with smoke coming from a nearby mobile home.

Firefighters found small amounts of fire in the walls of the mobile home, which was vacant and being used as storage. The fire was quickly extinguished.

No injuries were reported and damages are unavailable.

Burton fire officials warn residents of how quickly fires can get out of control and how quickly heat from large fires can radiate to nearby structures or burning embers can fall on rooftops.

Residents are strongly urged to check with their local fire department on the burning regulations affecting their property; however yard debris burn piles are generally limited to 3 feet in diameter and 2 feet high with a constant water source available and ready. 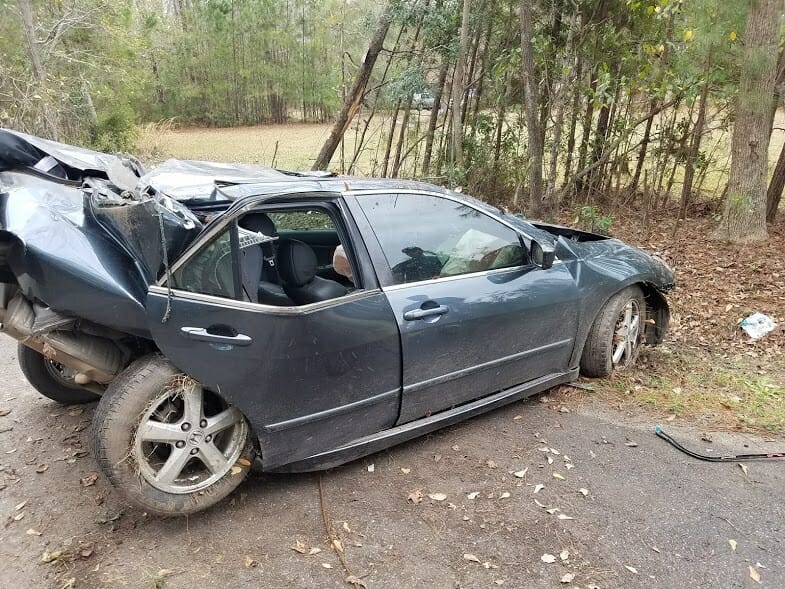 Burton firefighters were dispatched to the accident just after 1130 a.m. Feb. 22.

Fire crews arrived on the scene to find a heavily damaged Honda Accord on its roof in a ditch with no occupants nearby.

The scene was turned over to the Beaufort County Sheriff’s Office.

The Burton Fire District has responded to over 46 motor vehicle accidents so far in 2017.

On Feb. 2, 2002, Sean Sandlin and Robert Walsh, both 30 years old, were found shot to death in a storage unit located at Taylor’s Warehouse in Bluffton.

Through the investigation, it was apparent that an unknown suspect(s) surprised the two while they were working in their storage unit, shooting them with a high-powered long gun.

It was believed the overhead door to the storage unit was open when the suspects approached and then shut after the shooting.

Gunshots were heard by witnesses in the surrounding neighborhood, who reported seeing what appeared to be a Ford King Rancher pickup truck speeding out of the Taylor Warehouse parking lot around the time it is believed Walsh and Sandlin were murdered.

The information provided by the various witnesses did not lead to the identification of a suspect or suspects.

A search of the storage unit where they were found (which was rented by Walsh), revealed property stolen from construction sites from as far away as Charleston.

It was also discovered that Walsh rented another storage unit at Taylor’s Warehouse and when searched, revealed additional property stolen from construction sites.

It is believed that both Walsh and Sandlin were traveling outside Beaufort County and were stealing from home sites under construction, then selling the tools and other stolen items on the black market.

In addition, Walsh had been arrested and charged with extortion several months prior to the murders.

These discoveries created a difficult task of narrowing a suspect list, as both were high-risk victims engaged in inherently dangerous criminal activities.

The Beaufort County Sheriff’s Office is making these cold case files accessible to the public in hopes that someone might come forward with information that may not have yet been uncovered.